In 2008 Avocados Australia developed a program to regularly survey avocado retail quality to measure what proportion of fruit within the retail sector meets consumers quality expectations (as determined through consumer sensory research in 2007). The program identified the main internal defects being bruising and rots (body rots and stem end rot).

Quality surveys were conducted in Sydney, Brisbane, Melbourne and Perth. In each city, 16 stores were surveyed monthly. Ten pieces of fruit were sampled from each store, depending on the availability of ripe fruit (including both Hass and Shepard when available). The overall damage and the proportions attributed to any defects seen was recorded for every fruit sampled.

Results show overall internal quality in both Hass and Shepard improved since the program began in 2008. However, incidences of internal defects varied significantly by sampling month, state, and store type.

Figures 1 and 2 below show the proportion of fruit sampled that had more than 10% internal damage to the flesh for Hass and Shepard.

Figure 1: Proportion of Hass with more than 10% internal damage 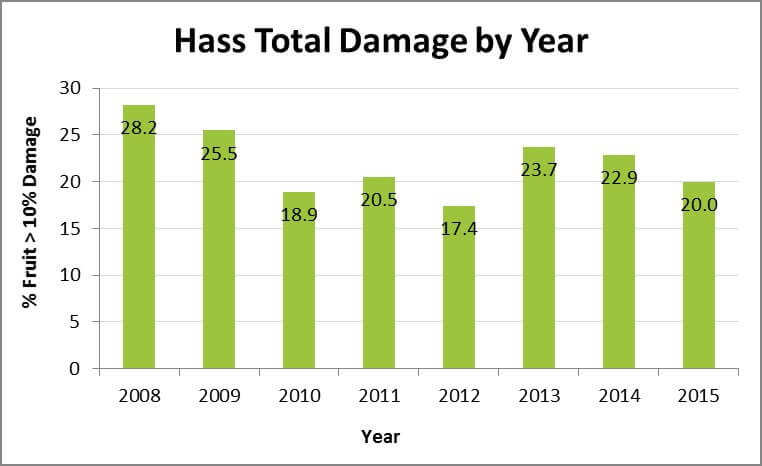 Figure 2: Proportion of Shepard with more than 10% internal damage 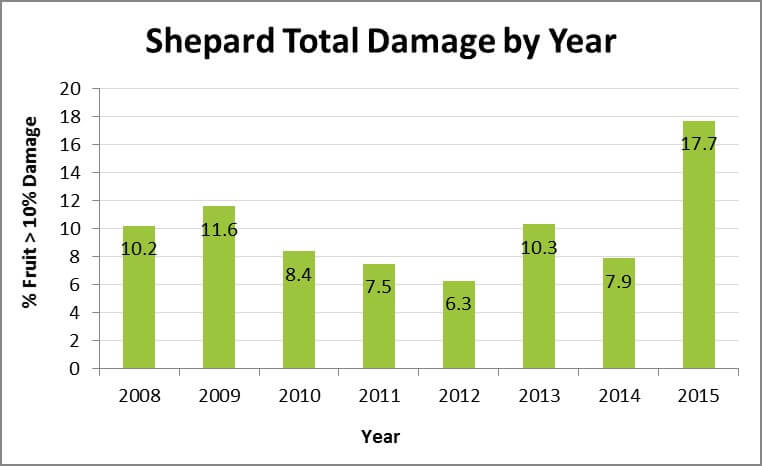 Figure 3 shows the levels of the main defects of Hass avocados observed over the eight years. Rots and bruising have continued to be the most common defects. 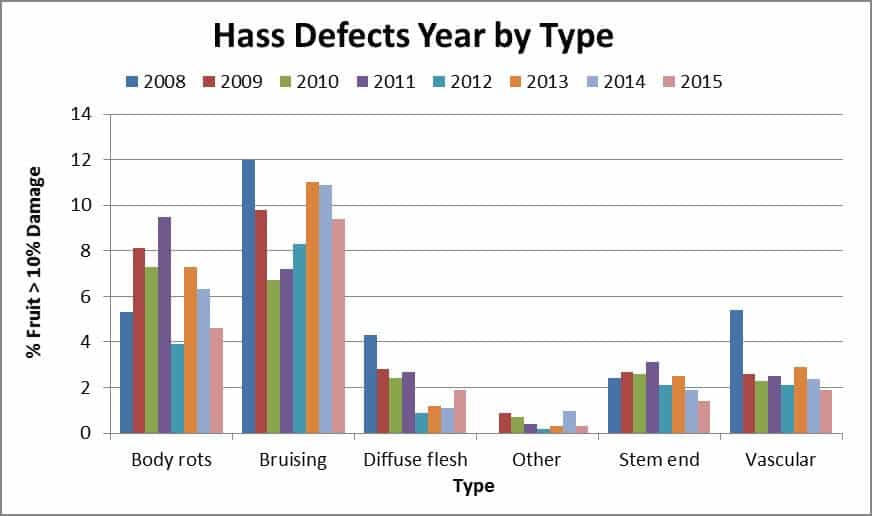 In Shepard avocados, the damage recorded is much less but again bruising remains the most significant issue followed by rots (Figure 4). 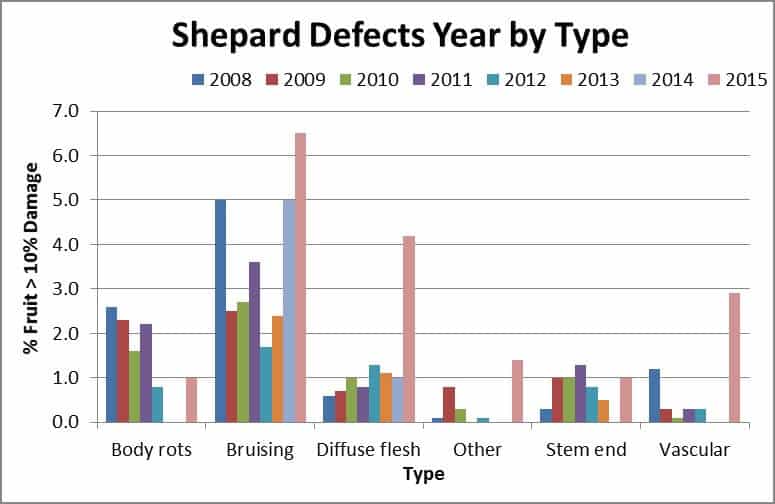 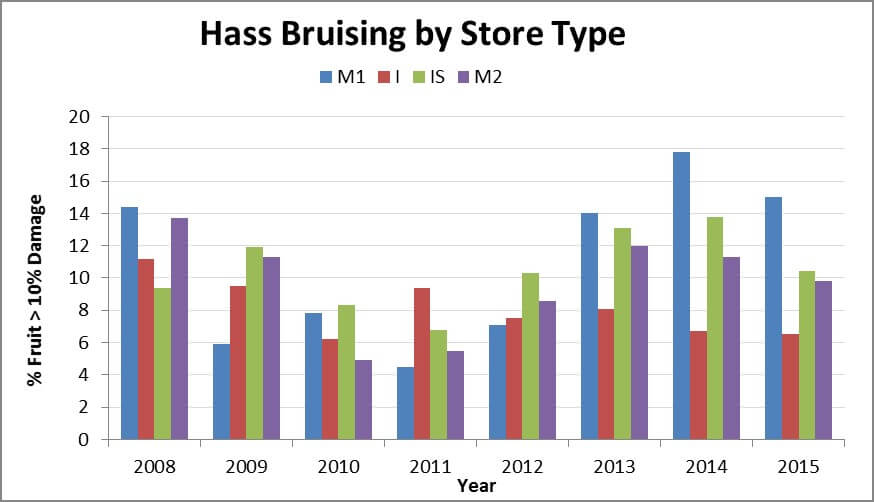 An analysis of Hass damage across the year illustrates the monthly variation.  (Figure 6).

Figure 6: Proportion of Hass with more than 10% total damage by month/year 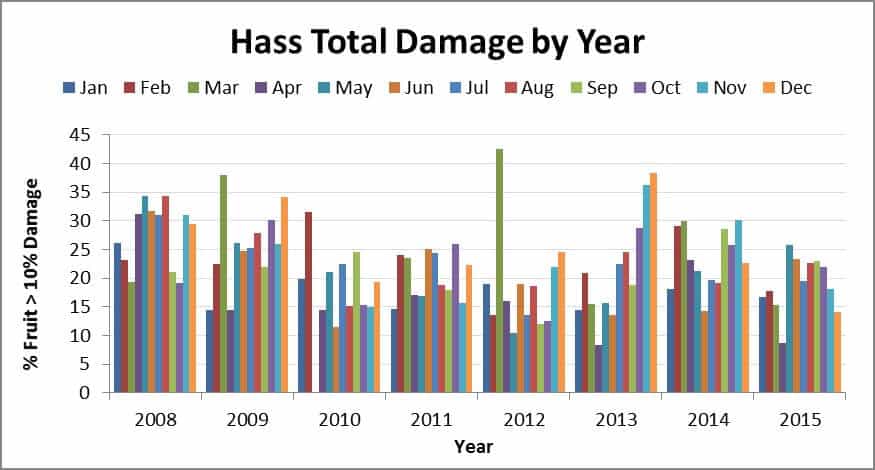 Full details of the data collected over the eight years are included in the final report AV11015, available on the Best Practice Resource.

This data was collected as part of Project AV11015 funded by Horticulture Innovation Australia using the avocado industry levy and funds from the Australian Government.